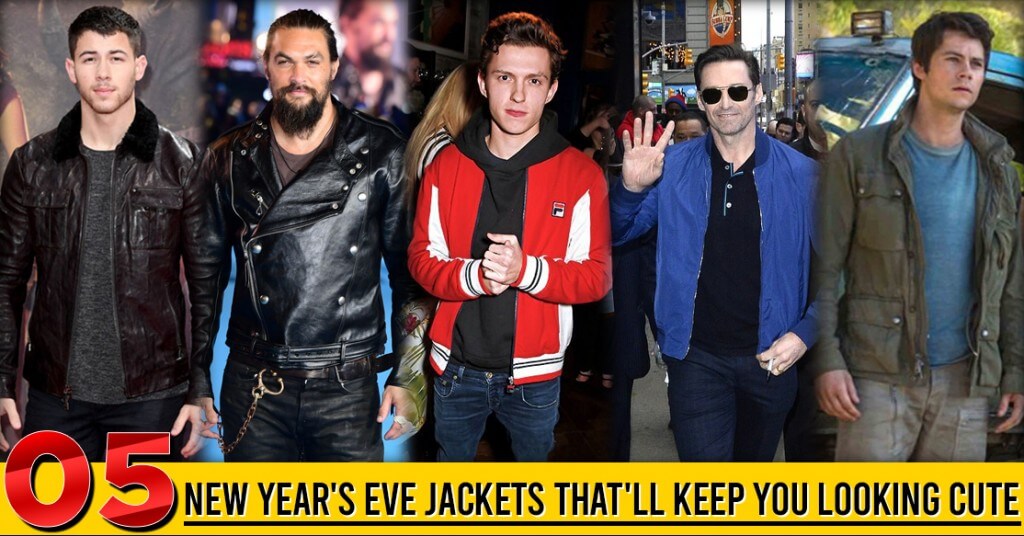 All you rule-breakers and fashion literates what keeps you frustrated about the New Year’s outfit while there is no rocket science in managing to build one? Yeah, it is understandable you wanna impress your girlfriend or even attract the girls at the New Year’s party! But let me tell you this, if added to the casual outfit, you would simply rock with the outerwear recommendations outlined as follows.

Playing with colors is an art that is crucial for the assembling of a dashing outfit. If you are equipped with the mastery of adding suitable colors to your casual outfit you are simply an unstoppable fashionista. For example, if you don the Hugh Jackman Blue Jacket at Good Morning America with black chinos, a green t-shirt, and red footwear, you would simply be able to satisfy the self-proclaimed fashion judges and all the ultra-stylish individuals at the party floor. Sounds no biggie at all right? You better work on finding suitable colors to make the New Year’s outfit look way better than the rest of the people in the crowd. 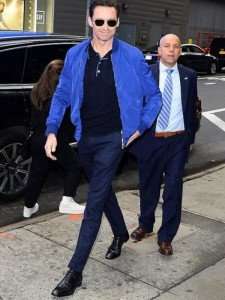 Celebrating the New Year with a Leather Jacket Covering the Torso

Winter and the New Year celebrations are interconnected to each other. In fact, it is impossible to separate one from another. So, what to do to make the cold weather ineffective and celebrate the New Year’s Eve with ease? Hmmmm…..can’t get any clue? I guess a leather jacket could be the best supportive tool. Taking inspiration from Nick Jonas’ outerwear selection in Jumanji 2, the Nick Jumanji 2 Nick Jonas Leather Jacket seems to be a fair option to restrict the impact of the winter weather and allow your wardrobe to attract the fashion spotters 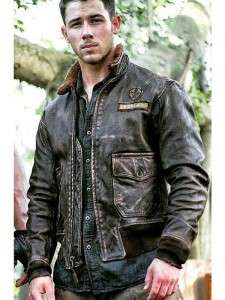 The Grudge Look on the New Year’s Eve

Whether you celebrate the New Year’s Eve at a public place watching the fireworks or welcome the New Year with friends at a private yacht party, you should be dressed well at any cost. There should be no excuse for the laziness in terms of using your mental energy in building a suitable outfit. Not only that, it is even fruitful to be dressed well as you leave a great impression in your circle encouraging the rest of the members to do the same. Unlike the traditional looks, you can easily maintain a grudging look by donning the Jason Momoa Black Leather Jacket with grey leggings and a black t-shirt for a breathtaking appearance of yours. 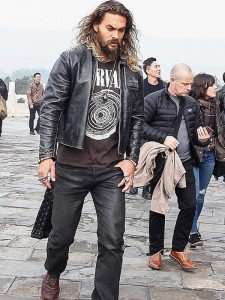 No, you don’t need to be a teenager to make the Tom Holland Red Fleece Jacket a fascinating component of the casual outfit of yours. Rather, this stunning fleece fabric made piece is a great option to follow a teenager’s fashion. Of course, you can’t look like a teenager by giving it a try but it would be awesome to endorse the teenage fashion the way you want. This red and white outerwear suits well with the denim pants, a wrapped up bandana around the neck and a casual t-shirt to allow a non-traditional look of yours. 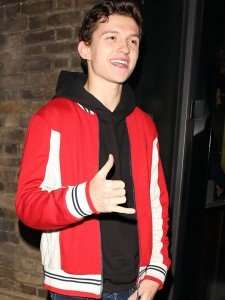 The military-style jackets have always remained a primary source of fashion for the majority of the fashion following men and women. It is almost impossible to find somebody claiming he or she isn’t into the military wear. Planning to join the thousands at a public place to celebrate the arrival of 2020 while wanting to grab the attention of everyone out there? I know you need some help from the military green outerwear like the Maze Runner the Death Cure Dylan O Brien Jacket. Sounds fair enough? Time to wrap up the article hoping you have found the recommendations worthy. 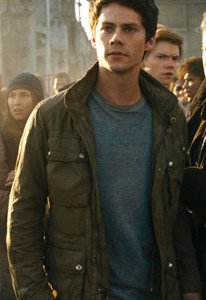