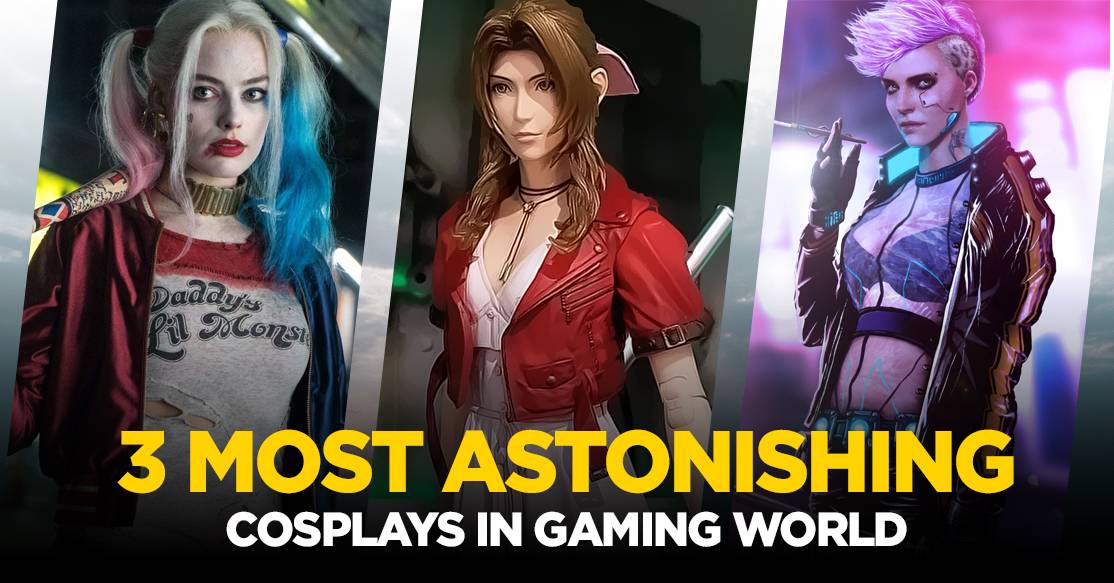 The Cosplay world thrives on the characters introduced in video games. Gaming Jackets that make an appearance in the famous games and series are always put on a higher pedestal than others. Here we have three females who have splendidly won the hearts of gamers all around the world. In the upcoming season, make sure you have at least one of these iconic gems in your collection!

In the bloodthirsty world of action-adventure video games, finding a character who is beautiful as well as mysterious is a jackpot. One of the most iconic female characters from the gaming world, Aerith Gainsborough, aka Aeris, appears in several major versions of the game. Aerith is a playable character in Final Fantasy 7 and has every gamer swooning over her charming character.

Cetra’s last one alive, she also possesses magical powers like the ancient race of Cetra. Since she is a complete powerhouse in the game, she has a couple of thirsty hunters on her back too. Meeting Cloud and coming close to each other has shown the gamers another kind of plot can also exist within the brutal realms of video games.

From her exquisite dressing throughout the game to her adorable little details of the character, she is adored by many gamers, males and females alike. Brown boots, metal cuffs on the wrists, and a long pink dress with a beautiful diamond pattern all over it show she has a lovely taste when it comes to fashion. A bundle of joy, she is a super cheerful person who has brought the spirits of other characters to a new high as well.

She knows how to fight troops sent by Shinra and is pretty capable of taking care of her on her own. Brought up in the slums, she is a tough girl with a bubble exterior. If you plan on replicating her adorable pink look, do not forget the jacket! Her signature attire is what keeps her in the top trending names!

In the open-world game of Cyberpunk 2077, it is still not confirmed if Ciri will make an appearance or not. The granddaughter of Queen Calanthe, Ciri’s full name is Cirilla Fiona Elen Riannon. The character is from Witcher, which has hinted that there might be a Witcher and Cyberpunk crossover. While that might be exciting news and something to look forward to, right now, we will be discussing Ciri and her brilliant character.

The sole princess of Cintra, she is the adopted daughter of a fighter, Geralt. Since it is known that Ciri will learn to be a Witcher too, Geralt will be her mentor as well. It is an exciting yet creative cosplay. For the female fans, who have been given little representation in the world of sinister villains and retro surroundings, Ciri’s character is a breath of fresh air.

Are you looking for something new? Suicide Squad: Kill the Justice League is a highly anticipated upcoming action game, all set to mainstream media by 2022. It is said that the game will be a continuation of the famous Batman verse’s video game, Batman: Arkham.

Since this game is being put in the genre-bending category, it is not a surprise that Harley Quinn will be making several appearances in the game. A bubbly and cheerful personality with dark and dangerous motives, Harley Quinn, is the fairy that only comes in nightmares. Harley Quinn is an important part of the Batman universe, and hence, she is a part of the four major playable characters in this shooter game.

Deadshot, King Shark, Harley Quinn, and Captain Boomerang all four are the playable characters of the game. While Harley Quinn is most loved among the four, it is easily deduced that most of the credit for the hype of the video game goes to her and her jaw-dropping Video Game Jackets!