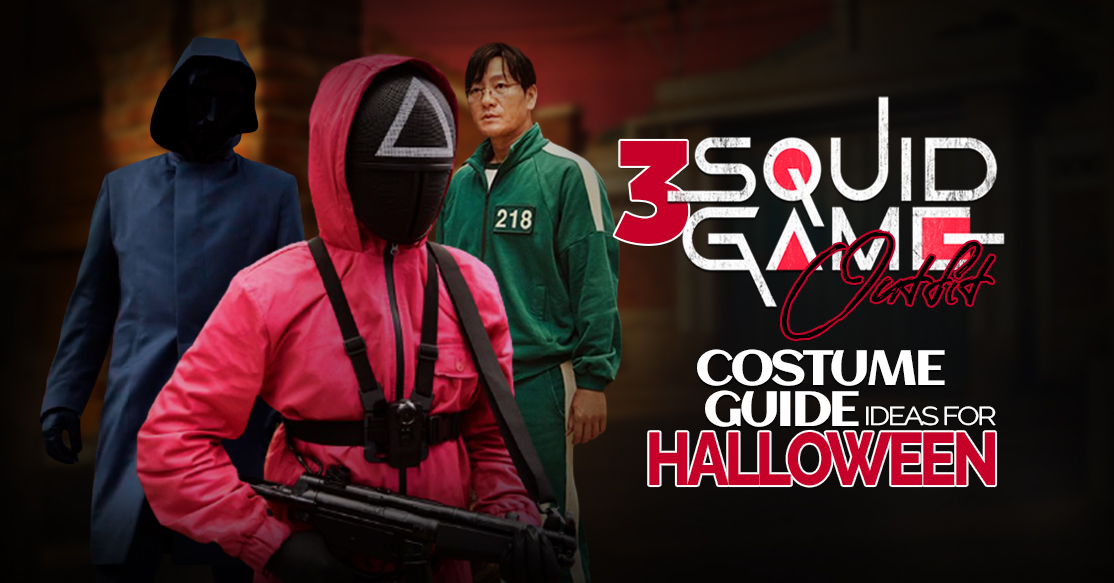 Squid game is the massive Netflix hit Korean drama. This South Korean drama is violent and dystopian, but there is no denying that this series has become the best South Korean series till then now and ranking on the 1 number in America. This show is beautifully shot. In this Korean drama, the financially broken 456 contestants have to play six children’s games in the hope of winning a 45.6 billion cash prize but have to face deadly consequences if they lose. In this show, characters wear simple and recognizable costumes that are easy to adopt for Halloween. In this series, the character wear numbered green contestant tracksuit.

The guard wears a specific red jumpsuit with a triangle and circle metal netmask. And the black costume that wears by the mysterious frontman character who watches all the murdered and games from behind the scenes. From this show, people are getting an idea of what to wear on Halloween night and at parties. The Squid game is more of a trick than a treat for the characters, but you can easily select what to wear on Halloween night or events come late October. Check out Squid game Halloween outfit ideas like the frontman outfit or the contestant’s outfit.

The contestants in the squid game essentially wear a white T-shirt under a green squid game tracksuit with white trim. It is specially designed for the contestants to be recognized as the squid game characters with the three-digit numbers on the back and the left side of the front jacket and on their T-shirt. The number was from (002-456). Creating this look for Halloween is easy. Get yourself this costume by getting a green tracksuit. Don’t forget to place the number on it. Gran any fabric, and make numbers that will last or for one night, cut the numbers out of paper and then glue, pin attach it with anything you find suitable on the right spot. And load up on fake blood and lard on the various spots, as none of the contestants make it through easily.

The guards have cooler costumes more than the contestant in green tracksuits. In the series, guards wear the red hooded squid game jumpsuit with the zip-up from the front, and they wear a black belt. They don’t have any number, but they do wear a mask with either a triangle, a circle, or a square on the front. The shape of their mask decides their positions. With the costume, they carry threateningly large weapons. You can get this costume and can easily design your mask accordingly.

In the series, the mysterious frontman is the boss of the guard, who orders them to do things. But it turns out that he has his boss too. His costume is the most appealing and the coolest one. It is the most difficult one to adopt. In the series, he used to wears an unusual black mask with sharp edges and a long black squid game frontman coat and gloves. You can adopt this costume easily.