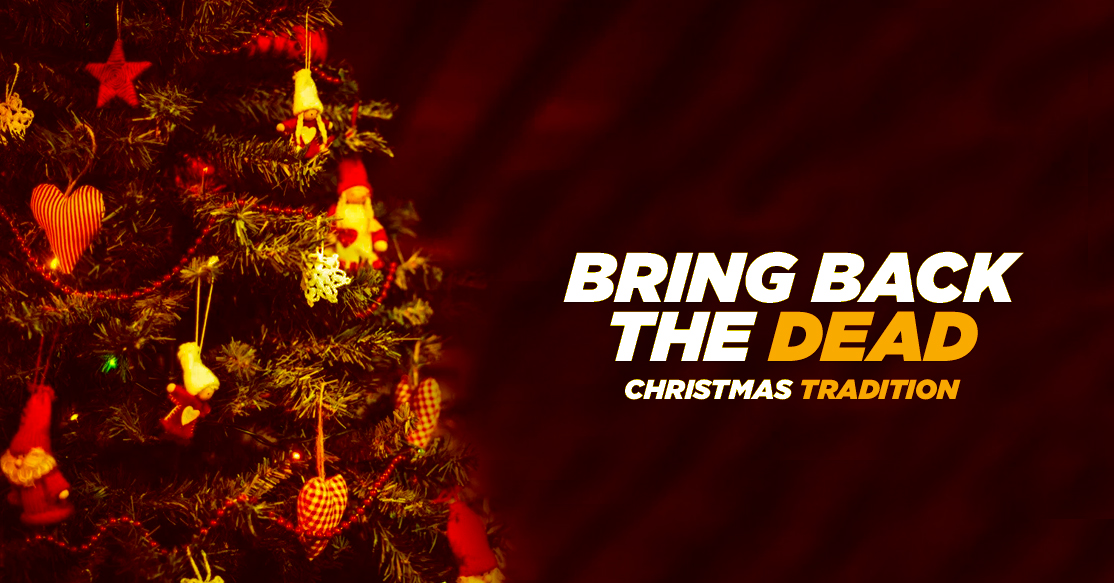 The universal favorite holiday — Christmas, is surely a magical time of the year. Shiny Christmas lights, fallen snow, the appetizing smell of Christmas feasts, and the magical aroma in surroundings surely fill every inch of you with joy. Wake up on the Christmas movies, open up presents, fill up with hot chocolates, and spend the rest of the day enjoying those presents — you know the drill. Though, what you don’t know is that there was so much to Christmas than just wearing Christmas Jackets and drinking hot chocolates; it was once enriched with so many traditions and festivities that are now just — DEAD!

Seriously though, who let the traditions die? It’s the laziness that stops you from doing something each year, and then you never do that; this is how traditions slowly crept towards their deaths. Scary. As 2020 has also killed so many things, specifically the vibes of events. So what’s wrong is reliving the old Christmas traditions that were once the main part of your life. We all know that Christmas inclines towards being traditional instead of trendy, so instead of taking it towards being trendy, be traditional. Not every tradition is disappeared — maybe you still have some of them alive, but many of these traditions have vanished over past years.

Bringing up these traditions will give you the comforting vibe you once had in your childhood, so here are some traditions that need to be revived!

A CHRISTMAS TREE FROM YOUR YARD!

Before all the space was taken by new houses and neighborhoods became this much clustered, people don’t need to go to shops for Christmas tree, and they could jump into their yards and get the perfect tree from there. This tradition was alive for so many years until the rapid increase in population and the sudden urge to expand the housing localities. If you are lucky enough to have your backyard safe, then this Christmas, bring up the tree from there!

A FAMILY NEWSLETTER FOR EVERYONE!

A few families left to keep up with the newsletter traditions, while others only rely on social media feeds to keep everyone updated all year. This is not something good; nothing can deny the importance of handwritten letters, bringing that tradition back, especially this year!

As a kid, you might have noticed some groups singing carols to the houses. This tradition faded away when people stopped paying attention to it. This year, be the carol singer and spread the joy. You need this, and others need this — the whole world could use some time to get their minds off from the stress. So gather up some of your pals, and knock on every door to sing the carol (remember to stay socially distanced!)

Christmas Eve pageant is still an annual tradition for most churches, but it used to be an in-house tradition for families. You should try bringing up this tradition back; everyone will love it. Reinstate this holiday tradition, and hold the Santa parade in your living room to make it more fun.

The laziness and modern era have worked together and snatched this old tradition from us. Taking kids to the mall for visiting Santa and sitting on his lap seemed like an easy option, and the drill where dads used to dress up as Santa for their kids vanished in the thin year. This year try pulling out your old Santa costume from the attic, and dress up as Santa for your kids! Trust us, they will love it.

TRAIN AROUND THE CHRISTMAS TREE!

A train running around the Christmas tree — you’ll witness this in every holiday movie, but where is this tradition from our real lives? Despite leaving your Christmas tree alone, make a toy train route around it, and enjoy!

GUSSYING UP FOR THE CHRISTMAS!

We get it that holidays are not for dressing up so properly, though dressing up in pretty clothes was a Christmas tradition which crept towards its death because of the dead vibes we associated with holidays. Even if they are just fancy pajamas or casual Christmas Jackets, you should try dressing up for this Christmas; it’ll make you feel good.