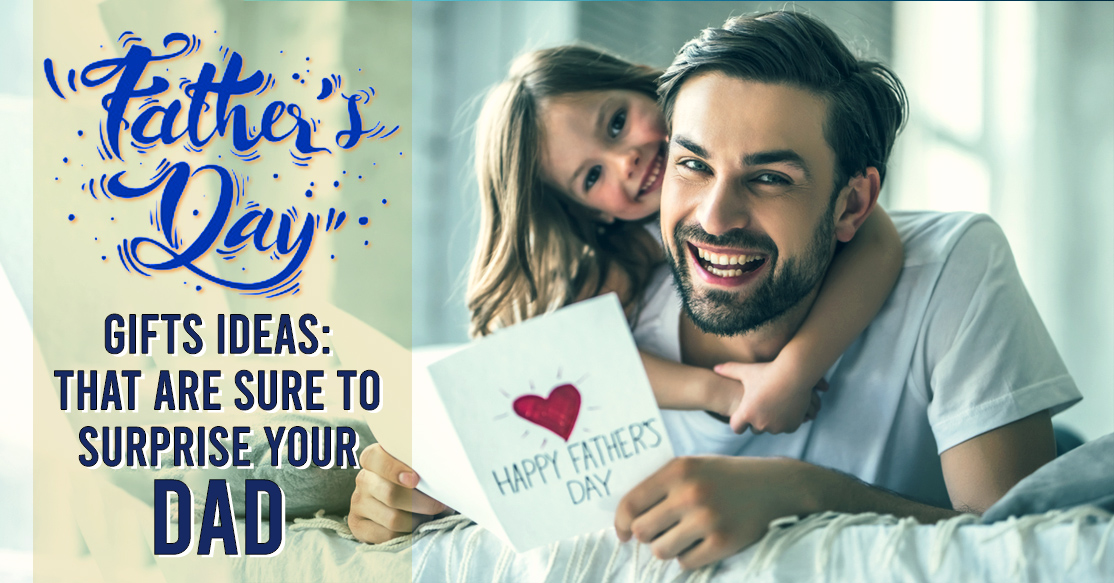 Since Father’s Day is going to invade the world in less than a few weeks, it is mandatory to equip your mind with the best ideas concerning the gift for your super sweet daddy.

Basically closer to you more than your best friends, your daddy definitely deserves something super special this Father’s Day. Sure, your father would already have his closet filled with all the essentials, there is nothing in expanding it by gifting something to be added to the closet.

While you may have had a pretty hard time choosing an item for your dad, I am going to help you find the best gift for him which would eventually bring a smile to his face. Take the time to consider going through the following lines and ensure to spend a few dollars on the very best item.

Yeah, your daddy might be a bit older but it is never too late to wear a Cafe Racer jacket that too with some matching casual elements. Even if he doesn’t ride a cafe racer, it is still not bad to gift him a cafe racer outer layer which would allow him to look bolder and sexier despite being an aged creature.

Unlike the past trends, a cafe racer jacket can be incorporated into a casual outfit without associating yourself with the rebellious biker gangs in your town.

Since it’s time for you to get benefit from the Clearance Sale offered by countless online stores, you can think of buying a scent for your cool daddy.

Let’s admit it, nobody really wants to smell bad in the summer season and your father is not an exception at all. Why let him invest in a scent when you can gift him one this Father’s Day?

If this sounds good enough, head towards the nearest store and get only the best for him. In case you can’t find the right match for his personality, get uncle Google’s assistance.

As man has advanced in world science, he has replaced old photo frames with the digital ones. If your dad has captured various memorable moments in photos, there is nothing better than gifting him a digital photo frame which would remind him of the glorious past days.

A digital photo frame is likely to be a better option than any ordinary item which comes after paying lots of dollars for nothing and no specific benefit.

While the trend of wearing a watch may have faded away in the last few years, a lot of gentlemen still prefer a watch over anything less important. Whether your dad is a kind of manager at a corporation or a businessman with a number of streams of income, time is definitely important for him and every other creature in the world.

Assuming he may not have enough time to buy a new watch, you can gift him one with lots of love and best wishes for his future.

Acknowledging the post-summer season is coming ahead in a few months, you can also gift your dad the super famous Father Seed Vest which is inspired by Joseph’s character in Far Cry 5. This faux leather outerwear is really a great deal to increase the stylishness of your dad’s semi-formal outfit.

Apart from keeping your dad safe, the sleeveless outer layer would make him look like a hot man equipped with a great sense of fashion.

If your father is a man who loves hitting the gym to grow some muscles, a pair of camouflage trousers would be a good thing for him to use while he is covered with sweat. This way, your daddy can have a new pair of trousers and throw the old ones in the garbage.

Leave the rest and imagine your father unboxing an oversized hoodie gifted by you! Sounds fairly awesome? Yeah, it does! As the winter season is going to turn our lives into a cursed one in a few months, a hoodie would save your dad from getting frozen in the cold weather. Not only that, but it would also act as an extra layer which would keep him warm all day long.

When it comes to the expensive fashion items, gold-framed black sunglasses would be the fairest option. Allow your daddy to keep his eyes protected from the sunshine in the summer season by giving him the much-needed black sunglasses.

Despite he may have tons of sunglasses in his closet, giving him one is unlikely to ruin his mood. It’s just taking a step to update his not-so-updated sunglasses collection in a simple manner.

If your father is a social media addict who loves getting notified all the time, you should gift him nothing other than a digital watch to keep him updated of what’s going on the social media.

Undoubtedly, this way, he can also get rid of the addiction to constant use of a smartphone which may be allowing him to ignore you and others all the time. Time to say bye-bye to phubbing and enable your father to switch to a better option.

For the caffeine-addicted daddy, a mug with the best daddy text is more precious than all the items listed in the article. Like it or not but a lot of people prefer caffeine over anything else. While your daddy could be one of them, it is great to give him a better alternative to his old mug which may be too heavy to hold.

Just like the men from the past, your father could also be in love with a trench coat reminding him of the fascinating vintage trends. A trench coat is relatively a better thing in comparison with any kind of stylish cropped inner layer considering your dad would be old enough to don one.