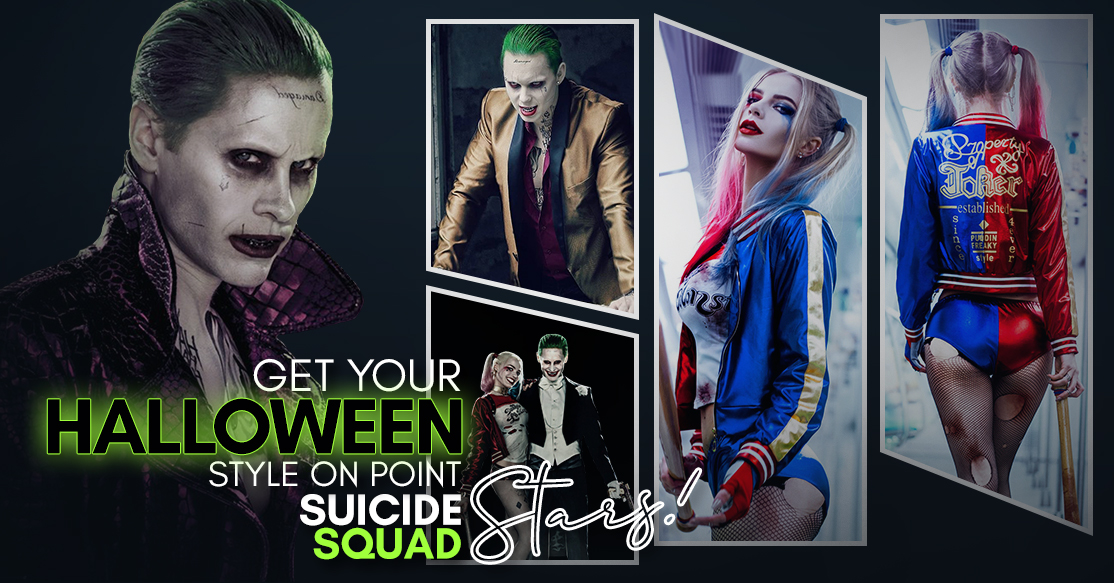 Jared Leto’s Suicide Squad: Isn’t it fun to be a badass?

The Oscar-nominated film ‘Suicide Squad,’ written and directed by David Ayer, is about a covert government agency commanded by Amanda Waller, a ruthless and high-ranking officer. Amanda Waller assembles a squad of the world’s most infamous, deadly, dangerous, and imprisoned Supervillains, arming them with the most formidable military weaponry available to the government. Our criminals are then dispatched on a perilous black operations assignment to battle an enigmatic, invincible supernatural creature and save the planet from an impending apocalypse. Amanda Waller apparently decided that this covertly summoned collection of desperate, psychotic, and disgusting human beings with close to nothing to live for would either save the world or act as a scapegoat. It will be up to this ragtag group of evildoers to overcome the apparently insurmountable circumstances that await them, occurrences that label their operation as a “Suicide Mission.”

Jared Leto portrays the Joker in the film Suicide Squad. The Joker is a psychotic supervillain who is a member of the Suicide Squad and is Batman’s archenemy. He is a nefarious genius who has a clown-like appearance and is one of Gotham City’s most known villains. Initially presented as a violent sociopath who mercilessly murders people for his own enjoyment, he subsequently evolved into a funny trickster thief, with the sociopath characteristic prominently included. As represented by Jared Leto, the odd appearance of the Joker has received a lot of attention. It is a must-have at any costume party.

Joker is always dressed in purple. Leto gave the character a fantastic appearance with a Jared Leto Joker costume, green hair, and an insane mentality. The stuff you’ll need to look like Joker are listed below, and they’ll get you set for a crazy murdering spree.

This wonderfully purple crocodile leather coat, which is the Joker’s trademark, is a must-have. This coat is constructed of Alligator synthetic leather to imitate the precise effects of the Joker’s Coat, allowing you to immerse yourself in the persona and SLAY it.

After purchasing the coat, it is very important to complete the joker ensemble by wearing the right pajamas. Obviously, you are aware. In opposition to the statement jacket, these Arkham-printed pants are the best and the only option for your Joker outfit, given the Joker’s long association with Arkham Asylum, wherein he encountered Harley Quinn.

This seems like it’s going to be a fad. Joker, the most fashionable comic character in the entire DC universe, always goes about with his joker-faced skeleton stick. This Chilling Smile will send shivers to the pit of your stomach just by looking at it. This trendy and scary stick will go great with your Joker attire. Carry it as though you were a psycho clown.

Dress as the most poignant supervillain, the clown prince of wickedness and the harlequin of wrath, and, without a mistake, the most fashionable villain of all time by following the instructions above. We’re paraphrasing what the Joker said.

“It just takes one terrible day to drive even the most rational guy insane.”

The above advice and the goods of the joker outfit will drive even the most rational guy insane.

Heads up to the Harley Quinn’s startling costume

Well, every successful superhero and villain has a companion, but you might argue that Harley Quinn, the Joker’s primary squeeze, is just as fascinating and engaging.

Harley Quinn, whose true name is Harleen Frances Quinzel, is a psychologist who falls in love with one of her patients, the Joker, in the Batman comics. Harley joins the Suicide Squad after such a rocky on-again, off-again romance with the Joker and an infusion from Poison Ivy that increases her power.

This year, I’m going as Harley Quinn from Suicide Squad for Halloween.

Margot Robbie’s portrayal of the DC Comics heroine in “Suicide Squad” is the right blend of badass grit and easy cool. Did you notice that this incarnation of the character, especially it’s 1976 appearance, was inspired by Blondie frontwoman Debbie Harry? Isn’t it amazing?

Even though her attire is as unique as a costume can be, making this DIY Harley Quinn Halloween costume with Amazon parts is simple and inexpensive. Here’s how to obtain Harley’s punk appearance for a fraction of the price.

The blue and red ponytail that you can get through by purchasing a wig or by creating ponytails, including using hair dye such as Manic Panic on the ends if you have blond hair or light-colored hair. Her “Daddy’s Lil Monster” raglan t-shirt, Puddin choker, “Good Night” baseball, red and blue sequin hotpants, fishnet stockings, gold jewelry, and studded belt are Harley Quinn’s key features.

If you have bleach blonde or pale blonde hair, then you can get away with spending colorful wash-out colors in pink and blue, putting your hair up in pigtails, and spraying it away. Everyone else: this Harley Quinn wig takes care of everything for you and only a fraction of the price of typical wigs.

Top with a Daddy’s Lil Monster

Harley Quinn wanders around in her “Daddy’s Lil Monster” baseball jersey with three-quarter-inch sleeves, as though she owns every location she enters. And, short of buying a similar-style white shirt and adding writing, this garment is ideal for your outfit. Better, it’s already ripped in all the perfect places. You’ll basically have to do nothing except pull it over your head to put it on.

These knee-high canvas sneakers in monochrome may be had for less than $10, depending upon the size. They’re not as short as the black and white shoes with heels that most Harley Quinns wear on Halloween, but the benefit of wearing these instead is that they’re incredibly comfy, allowing you to remain on your feet and dancing all night.

Harley is a tattoo-obsessed young lady. These temporary tattoo sheets have 230 designs; put them on your legs, tummy, and wherever else you like, and also don’t forget to include a heart as well as the phrase “Rotten” scrawled in eyeliner on your face.

Shorts for Boys in Blue

Harley Quinn, played by Margot Robbie, wears teeny-tiny shorts that resemble undergarments. These blue boy shorts, which have the same low-rise waist but are somewhat longer, less clinging, and more comfortable, can be worn instead. If these don’t suit you, a pair of blue leggings or perhaps even Harlequin-style tights will do the trick.

Harley’s gleaming blue and red baseball-style varsity jacket is a fan favorite. This alternate jacket, which is far less expensive than the official bombers you’ll find, helps in saving money while staying loyal to Harley’s aesthetic. If the jacket is out of your Halloween budget, skip it entirely; Harley’s blouse, shorts, and the rest of her outfit will state clearly whom you’re honoring this Halloween.

Stockings with a black background

In classic Harley Quinn fashion, slip on a pair of black fishnet stockings and wear them beneath your boy shorts. These are a one-size-fits-all design that is flexible and comfy.

A Bat is a little animal that flies.

We’re all for saving money by purchasing small or toy versions of movie props, however, this Harley Quinn bouncy bat is considerably less expensive than most – but it’s an exact reproduction of only one Harley carries everywhere.

You’ll also need the Puddin choker that Margot wears in the film to complete the outfit. Spencer’s had the precise one we were looking for; other sites have them too. You may also wear any gold or spiked chokers or bangles you have lying around. At this stage, you’re just customizing the appearance to be more personalized and stylish.