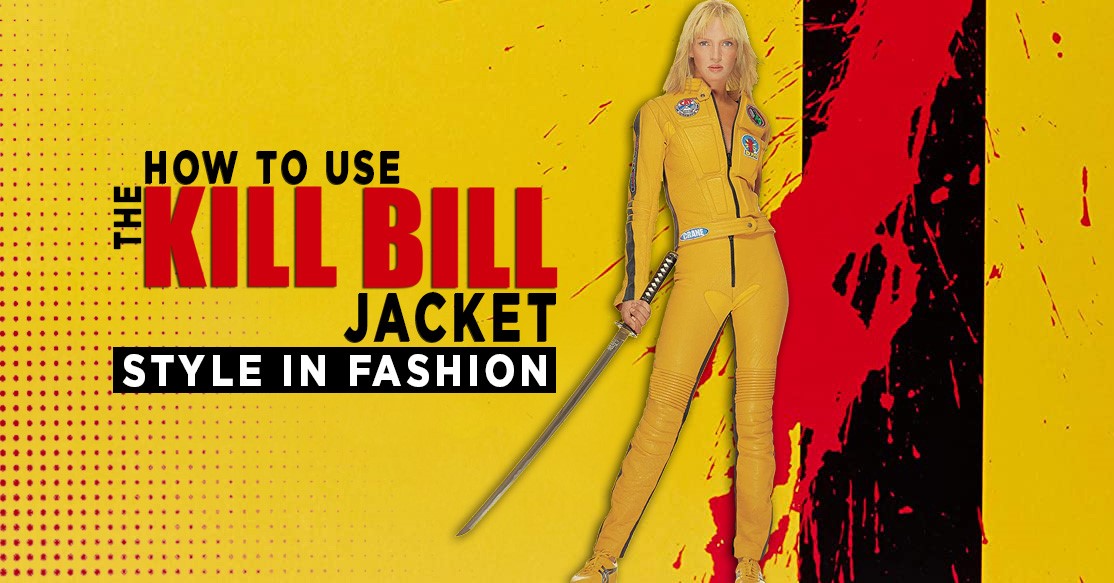 Is Kill Bill style still a part of our fashion wardrobe in 2021?

Kill Bill Jacket isn’t the only shining star of the movie; there is more to it. Kill Bill, as much as any other Quentin Tarantino film, has left an indelible impression on the human imagination. It has retained noteworthy recognization for Kill Bill Jacket and its characters, whose personalities are strongly characterized by their clothing, as is also the case in Tarantino’s films. Kumiko Ogawa’s and Catherine Marie Thomaswork was “increase” in that each costume reflected an illustration of the character’s mind as well as a movie quotation. And that’s why Tarantino’s sets and costumes in Kill Bill are unique in his filmmaking career. The costumes, as much as the characters, are the heroes in those scenes, and the story around them is an important part of the film’s sentimental soul. Kill Bill’s style will offer keys to view and reinterpret certain elements of the aesthetics of the decade that is coming to an end at its most critical moments.

The Yellow and Black Suit is a revelation on its own!

The yellow and black suit worn by Uma Thurman during her fight with the Crazy 88s, a phalanx of yakuza killers in black suits and leather masks, is the most famous of all costumes. Before any of this, no action heroine has donned such a dazzling and vibrant style. The only wardrobe for a 90s superhero was a ubiquitous black suit or at the very least highly provocative clothes: The Matrix’s Trinity and Underworld’s Selene wore latex and black leather, while Nikita from Luc Besson’s film of the same name wore lingerie and high heels, and Aliens Ellen Ripley and Terminator’s Sarah Connor wore plain tank tops. Uma Thurman’s Bride, on the other hand, hasn’t ever featured any sensual elements, such as a neckline or exposed skin. Her Onitsuka Tiger Mexico 66 and yellow and black dress were practical: the Bride was a hunter, not a temptress.

The amalgam of Costume with Story is Impeccable!

In accordance with the films Battle Royale and Master of the Flying Guillotine, the character is based on the 1960s sukeban counterculture, which consisted of Japanese women who organized criminal baby gangs and adapted their school uniforms based on American crime films. Sukeban is a street style that combines clothing and retro accouterments in a way that is similar to that of modern designers like Demna Gvasalia and is mirrored in Japanese culture by kogyaru style and, in a more eclectic reading, Harajuku style.

The black suit is prevalent in the movie, but it is highlighted by Elle Driver’s minimalist ensemble. Elle Driver’s whole wardrobe seems to have come from a Hedi Slimane collection. The two most noteworthy are the white suit in the hospital scene with intricate detailing made on the fabric in black, reminiscent of Joshua Vides’ traditions, and the black suit with oversized silk tie, which anticipates the sartorial and violent looks of Balenciaga and Slimane’s Saint Laurent and Céline offerings. Unlike O-Ren Ishii, who dresses in a kimono to re-enter a heritage from which she was born withdrawn, and Vernita Green, who removed her black killer clothes and now carries the leggings and sweatshirt of a quiet suburban mother, Elle Driver demonstrates a status with her suits. – status of a woman who, pardon our expression, “wears the pants” but does not give up trying to prove her dominance.

About the fact that Kill Bill is an all-female epic about a mother’s reunion with her daughter, two male actors have a significant impact on her voyage: the titular Bill, played by David Carradine, and the former hitman Budd. Their two looks are strikingly alike, and they reflect two “alt” and “low” versions of the same trend: cowboy-chic, which overshadowed most of 2019. Bill’s character wears a black suit with leather accents, black pants, and a shirt, which is a new take on the spaghetti-“man western’s in black” with a severe aesthetic, projecting power and dominance. Michael Madsen’s Budd is the most surrealist, dressed in denim, sneakers, and a cowboy hat, and wearing two different shirts: one is a classic blue and black bowling top, and the other is a Hawaiian shirt with prints of waves and palm trees. The “new” cowboy theme is, without a doubt, the film’s biggest fashion prophecy.

The “Pussy Wagon,” the nurse Buck’s pickup that the Bride takes in one of the film’s finest scenes, gets a special mention. The yellow pickup is painted with flames in airbrushing, and the 60s font of its graphics shows some reflection when appearing on the screen for a few minutes. The car is so well-known that it has its own name; it’s an official landmark that plays a key role in the film’s branding. The explanation for this iconicity is its intentional and almost auto ironic vulgarity, a poor taste that spins itself and then becomes a cult across the prism of consciousness.

A classical case of car camps that survived the sneaker’s culture, with the old scholastic Vans Flame and in fashion from the habits of Harley Davidson and skaters that surrounded Thrasher to the mythical shirts of Guy Fieri, infiltrated Prada and Dior Homme’s collection in Fall 2018 and those of Ve. Their motifs are in the bodywork of the airbrushed flames. The Pussy Wagon is undoubtedly a realistic example. With the fonts produced by Shawn Stussy, fonts and graphic elements can be remembered for themselves, which established the popularity and iconicity of its initial exhibits and were rekindled for profile exhibitions such as Dior’s Pre-Fall 2020.

But consider this: is it the film that stimulates fashion or the fashion that inspires the film? It’s similar to the egg and chicken problem, and the solution is much more complicated than it seems. Tarantino is a man obsessed with the past: nearly every outfit is a nod to a certain film or subculture. Since the costumes in his films are designed by their creators and costume designers to distinctly articulate a personality and communicate mental thoughts, they have become iconic. Kill Bill is set in an infinite future in which the modern American suburb works in conjunction with the classical samurai, a setting in which internet culture does not exist while still drawing influence from cinema from two decades earlier. Its characters’ legendary status is due to their eclecticism of references; its symbols are just refinements of other symbols.