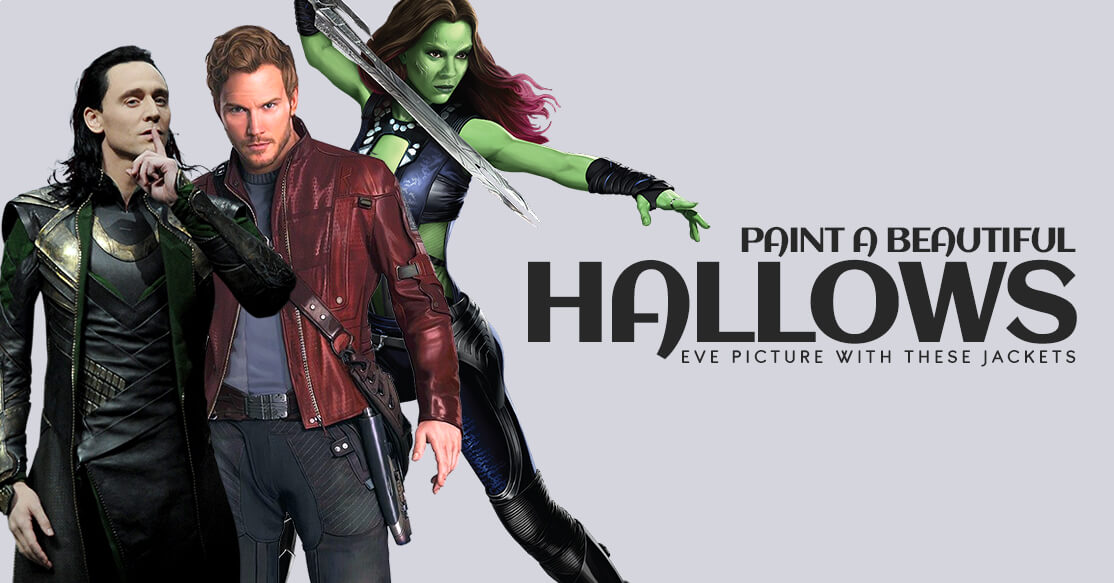 You only get one last week of October with lots of peer pressure to make the most of it. Even everyone themselves wants to have a full-some enjoyable time when it comes to Halloween. This year everything is already going towards the horrible slope. Many natural disasters have already happened, and God knows what’s going to happen next.

The main thing is to stay cool and composed during these hard times as the good ones will come very soon. The biggest eve is on its way to give you the most classic and fun moments. You need to pull out your Avengers Jackets and start preparing for the festival. There have been so many hindrances in events, and you got to be careful while buying anything for Halloween.

This Halloween, try to paint a different picture than the last times. Spookiness and goofiness would be so much, so you should try to stay classy and subtle this year. All the Halloween parties and gatherings will be held on small ventures and closed spaces with fewer people. In this scenario, your extravagant costume is only going to lead you to suffocation.

This is the official time to wear Halloween Costumes with Jackets. Jackets costumes will help you have a good time at parties, and they are not going to be sultry and starting with the simplest, Maverick’s look. Tom Cruise, a dapper, is the protagonist of this movie from his successful career days. He played a professional fighter role, just as the role became eternal, his jacket also got so much attention.

Let’s keep this fact aside that Tom Cruise can make anything look good with his (Oh so hot!) looks and sturdy figure, and this jacket is itself is no less than a charm. You can opt for this look for Halloween and slay the Halloween parties. Avengers Jackets are also a great choice for a superhero enthusiast person. Some people are just fans of Superheroes, while others love those superheroes.

Don’t break your streak of going as the superheroes in cosplays or Halloween parties, but this year keep it simple like going with a jacket instead. Maybe your inner fan makes you think twice before converting a whole head-to-toe costume into a jacket, but the best you can do is to go with Star-lord’s look. Star-lord has the simplest look; it consisted of a rusted brown leather jacket only.

Though, being crafty enough, you can also go with his iconic mask (it depends upon you; an optional element). The chilled-out personality and energetic Star-lord’s vibe will enhance your look. Not everyone belongs to the good side of the world; some people love darker ways more. That’s why the movie on offsprings of famous villains has got so much love around the world.

You can also try the Descendants 2 Carlos Jacket from the second movie of the franchise named Descendants. This movie depicts the story of the offsprings of all famous Disney villains. The first movie has become a great success that they ended up making a whole franchise of it. Suggesting jacket costumes and forgetting about the famous Ryan Goslings look from Drive movie would be buffoonish.

Ryan has been considered as one of the hottest celebrities because of his fitness and killer looks. He looked breath-taking in Drive Scorpion Jacket, portrayed the role of a criminal, stuntman, stunt driver, mechanic, and a gateway driver in the stolen car. Though he portrays the role of a sturdy man, he has a soft corner for his neighbor Irene.

When Irene’s husband got out of jail, he planned a big heist with Ryan, and it went wrong. Ryan ended up protecting his pretty neighbor and her husband from the vengeful persons behind the robbery. He became a run-away criminal driver. This action and the suspenseful story became more captivating with Ryan’s Drive Jacket. A shimmery puffer jacket with a Scorpio printed on the back.

Colors and simmers are not everyone’s cup of tea; some people ought to stay in dusky tones. They love to keep in dark shades with lesser designs. Those kinds of people should always go for Halloween Black Leather Jackets and slay them at Halloween parties.