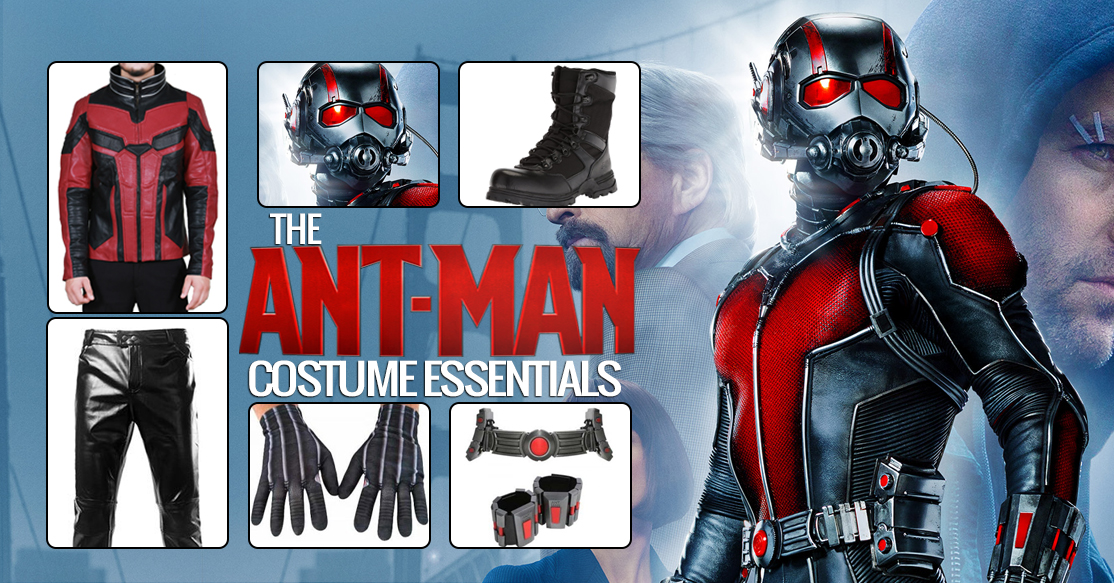 The costumes of the characters just blew the mind of the fashion industry. We came across many Ant-Man and Gasp-inspired stuff apart from clothing also. Sticking to clothing and fashion, the costumes played a wide role in the success of costumes parties. These are the most suitable and well adaptable cosplay costumes that everyone from children to adults can carry on. Many school functions hosted programs that featured students in the most adorable cosplay costumes. Halloween dress-ups were seen inspired by these costumes too. If you are planning to get yourself dressed in the Ant-Man Costume, have a look at the essentials of this costume given below.

You can get the red and black superhero-looking metallic jacket at our store, the New American Jackets, in the finest of quality. The PAUL RUDD ANT-MAN AND THE WASP JACKET is the base of the costumes. It is a must-have component. Other than jumpsuits, our store has Ant-Man-inspired leather jackets too. It is easy to carry and a neutral jacket. Combine it with black pants, and it will give you a real Ant-man feeling.

After having the jumpsuit or the jacket and pants ready, you need to have the second essential that are boots. The boot-tops are attached with the jumpsuit. However, it is not difficult if you do not have a jumpsuit. Just wear a pair of long leather boots or ankle boots in black color, and you will rock the look as it is.

The Ant-Man-styled belt is a must-have. Without the red buckled belt, the costume is incomplete. It is a silver metal-looking belt with a red button-type buckle in the center. Color the black belt as silver, and your Ant-Man belt is ready, or you can buy it too. It is easily available at stores.

The last but not least important essential is gloves. Black leather shiny gloves are also a part of the Ant Man Costume. Kids at their costume party and everyone at the Halloween party should wear gloves with the customers too. These give a complete and whole look to the cosplay costume.