Rated 5.00 out of 5 based on 1 customer rating
1 Review Write a review
Product codeN/A
Availability In Stock

The all-new exciting and adventurous game Detroit Become Human is finally released which is developed by Quantic Dream that could be played on PlayStation 4. This adventurous and thrilling is gameplay based on the three androids Kara, Connor, and Markus. Depending on the customization of the players and dialogue choices the androids may survive or expire. Inspired by Connor’s character, our design team has introduced the Detroit Become Human Rk900 Jacket for all the die-hard Detroit fans.

Detroit Become Human Connor White Jacket has been worn by the android Connor, inspired by New American Jackets for the fans of the video game. Detroit Become Human Connor Jacket is prepared using quality suit fabric and internally the lining of viscose material is stitched.  The open front and erect collar style attract fashion followers. If you want a gameplay character look at the cosplay party, this Connor Jacket can be your best choice. Before its too late, order right away and impress your friends. 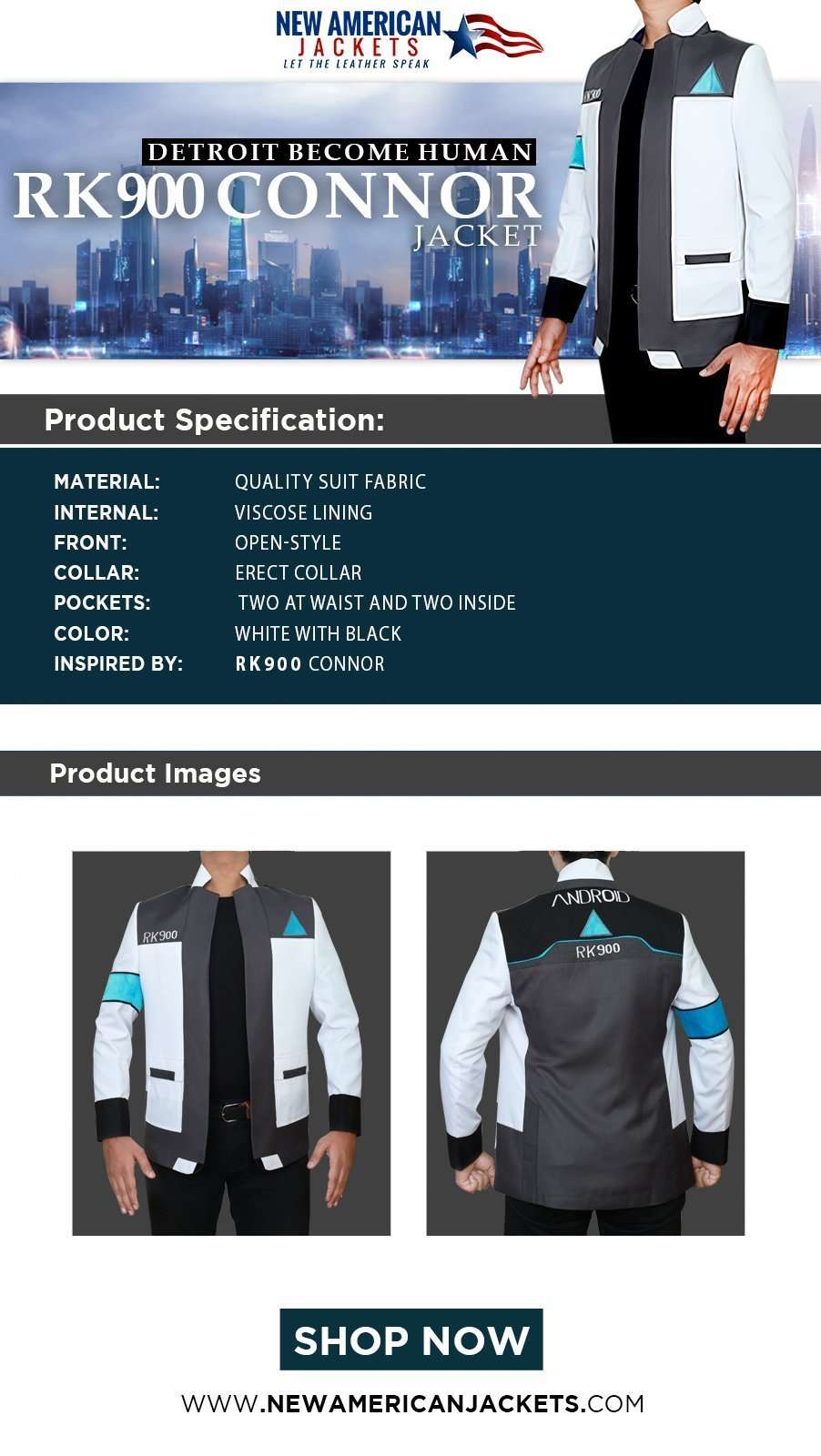 Rated 5.00 out of 5 based on 1 customer rating
1 Review Write a review
Add a review Cancel reply